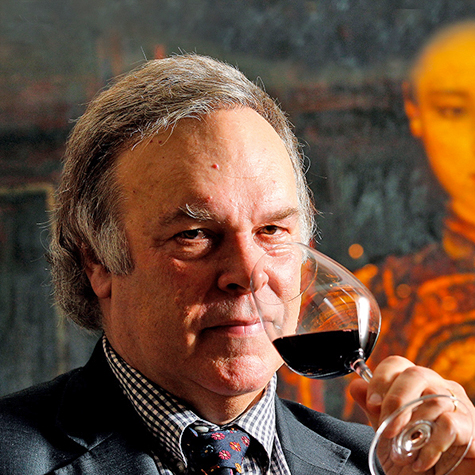 Robert M. Parker, Jr. was born in Baltimore, Maryland, on July 23, 1947. For ten and one half years he was an attorney. On March 9, 1984 he resigned his position as Assistant General Counsel for the Farm Credit Banks of Baltimore to devote full attention to wine writing for The Wine Advocate newsletter, which he founded.

Mr. Parker is the only wine writer/critic in history to be given the highest honors by two French presidents, an Italian president and the king of Spain. In 1999 French President Jacques Chirac signed a decree authorizing Parker to be a Chevalier dans l’Ordre de la Légion d’Honneur. In 2005, President Chirac promoted him to an “Officer” in France’s Legion of Honor, an extremely rare distinction. In 1993, the late President François Mitterrand had made Mr. Parker a Chevalier dans l’Ordre National du Mérite.

In 2002, Mr. Parker was made a Commendatore (Commander) in Italy’s National Order of Merit. The country’s highest honor was bestowed on him by Prime Minister Berlusconi and President Ciampi. He is the first wine writer or critic in history to receive Italy’s highest honor.

In 2004, the Culinary Institute of America created a legacy endowment for wine education scholarships in the name of Robert M. Parker, Jr.

In 2011, he became the first wine writer/critic to receive the Grand Cross of the Order of Civil Merit, the Gran Cruz de la Orden del Mérito Civil, Spain’s highest civilian honor, which was awarded by His Majesty King Juan Carlos and the government of Spain.

In February 2013, Mr. Parker became the first wine critic inducted into the Culinary Institute of America’s Vintners Hall of Fame in Napa Valley.

Robert Parker lives in the countryside of northern Maryland with his wife, Patricia, his daughter, Maia, and various basset hounds and English bulldogs.