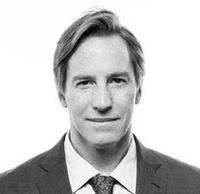 Richard Bradley is an editor-at-large at Worth magazine, where he covers culture and business. He is also working on his fourth book, a look at the world of elite prep schools through the lens of post-Vietnam America.  Previously, Bradley was Worth’s editor-in-chief, and directed the magazine’s award-winning editorial content in print, digital and live formats. Before that, Bradley was the executive editor of 02138 magazine, which covered the world and work of Harvard alumni, and executive editor of George magazine, founded by John F. Kennedy Jr. to bring together the worlds of culture and politics. A graduate of Yale College and Harvard University, Bradley is the author of three books, American Son, Harvard Rules, and The Greatest Game. His writing has appeared in The New York Times, The Washington Post, The Boston Globe, The Los Angeles Times, Vanity Fair, George, Worth, The New Republic and elsewhere.