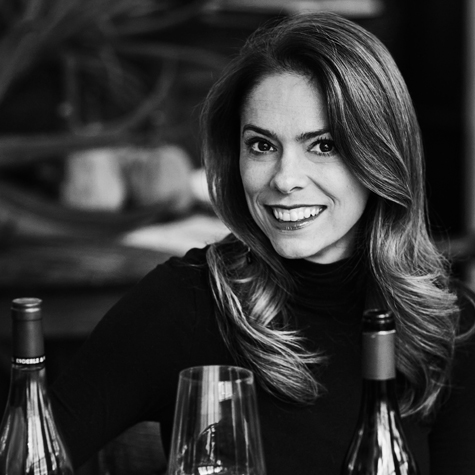 Originally from Quebec, Michelle moved to Vancouver to complete her Bachelor of Music degree in classical trumpet where she unexpectedly ventured into wine while working in a fine dining restaurant. Determined to make her mark in the wine industry, she graduated as a sommelier with the highest honours from the International Sommelier Guild in 2003 and completed the Diploma from the Wine & Spirit Education Trust (WSET) in 2005. Michelle was the co-owner of House Wine from 2003 to 2015, a highly regarded company based in Vancouver that specialized in cellar management and educational events. She also founded and was also the president of British Columbia chapter of the Canadian Association of Professional Sommeliers. Michelle now lives and teaches WSET courses in Montreal and gives numerous training sessions including for wine associations such as Inter Rhône and Wine Australia. She works closely with the nursery Lilian Bérillon located in the Rhone Valley acting as a wine educator and ambassador.

Michelle’s first book “Dis-moi qui tu es, je te dirai quoi boire” was published by Cardinal Editions in 2017, and has contributed to the recipe book “Le Secret des Vietnamiennes” by Kim Thùy. For the past seven years, she has been the sommelier on the popular Quebec cooking show Curieux Bégin. She also writes for Quench, Véro, Extra Brut and Meininger’s Wine Business International magazines and can be heard regularly on CBC radio. In 2017, Michelle founded Tasting Climate Change, an international symposium to explore the challenges and solutions in the wine industry. In 2018, Urbania Magazine recognized her work by selecting her as one of 50 extraordinary Quebecers. In continuation with her work on climate change, she co-wrote a book called “Quel vin pour demain” which was published by Dunod in September 2021. The book talks about the solutions available for the wine industry to adapt and mitigate climate change. Michelle is often invited to sit on various panels and judges at numerous wine competitions in Canada and abroad. Ever the eternal perfectionist, she is continuing her studies at the prestigious Institute of Masters of Wine.