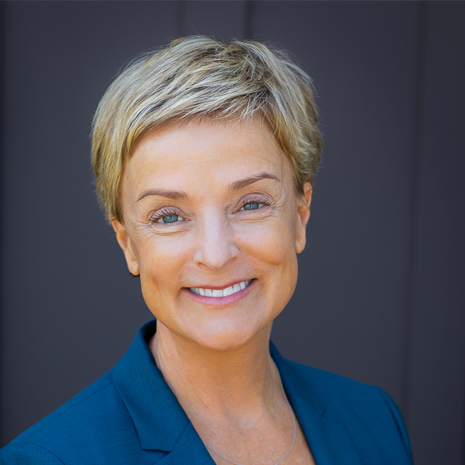 Linda Reiff
President and CEO of the Napa Valley Vintners

Linda Reiff is President and CEO of the Napa Valley Vintners (NVV), which celebrated its 75th anniversary in 2020. Reiff was named Wine Enthusiast’s Person of the Year for 2019—only the second woman to win the award since it was first given in 2000. She grew up in the Sacramento Valley in a 5th-generation farming family that grew wine grapes and ran a small winery. Reiff graduated from Cal Poly, San Luis Obispo, with a bachelor’s degree in journalism and agricultural news concentration, going on to work as a daily newspaper reporter covering agricultural and environmental issues in California. In 1987, Reiff went to work for U.S. Representative Vic Fazio as his district representative, then communications director and eventually chief of staff in Washington, D.C.  In 1995 she became the CEO of the Napa Valley Vintners.