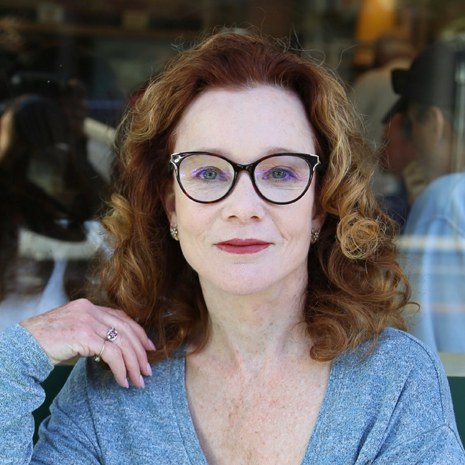 Karen MacNeil is the only American to have won most major wine awards given in the English Language. These include the James Beard award for Wine and Spirits Professional of the Year and the International Wine and Spirits award as the Global Wine Communicator of the Year.  In a full-page profile on her, TIME Magazine called Karen, “America’s Missionary of the Vine.”

Karen is the author of the award-winning book, THE WINE BIBLE, the single best selling wine book in the United States praised as “A masterpiece of wine writing.”  THE WINE BIBLE has sold more than one million copies, and has been translated into several languages including Mandarin.

The former wine correspondent for the Today Show on NBC, Karen was also the host of the PBS television series Wine, Food and Friends with Karen MacNeil, for which she won an Emmy.

Karen gives speeches, seminars and presentations to wine audiences globally, and is known for her passion and unique style. Among Karen’s corporate clients are Lexus, Merrill Lynch, Disney, General Electric, Oneida, and UBS, as well as numerous biotech firms, insurance firms, and law firms.  In addition, she creates customized wine experiences for individual groups as well as corporations, and leads these wine experiences in wine regions around the world.

Karen’s is the creator and Editor in Chief of WineSpeed her digital newsletter with an audience of 45,000 subscribers. Her articles have been published in more than 50 newspapers and magazines including The New York Times, Town & Country, Food & Wine, and Worth.

And finally, Karen is the creator and Chair Emerita of the Rudd Center for Professional Wine Studies at the Culinary Institute of America in the Napa Valley, which has been called the “Harvard” of wine education.

More information is available at www.karenmacneil.com