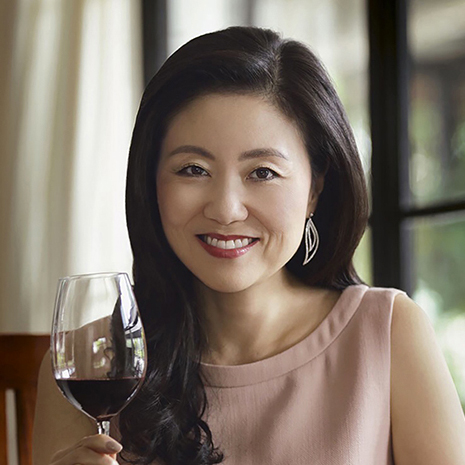 Jeannie Cho Lee is the first Asian Master of Wine and an award-winning author, wine critic, judge and educator. Jeannie was the founding publisher and CEO of Le Pan Media. Jeannie’s pioneering book, Asian Palate, exploring Asian food and wine pairings in ten Asian culinary capitals, won the Gourmand award for Best Food and Wine Pairing Book in the World in 2010 as well as other awards. Jeannie’s second book, Mastering Wine for the Asian Palate, was released in September 2011.

Jeannie was born in Korea and has lived in Hong Kong since early 1994 where she started her publishing career with financial publications such as Asia Inc, Far Eastern Economic Revue, The Asset, before moving on to lifestyle and wine publications such as Wine Spectator, The World of Fine Wine, Wine Business International, Revue du Vin and Tatler.

Currently, Jeannie is contributing editor for Decanter UK and a weekly columnist for mainland China’s China Business News as well as the largest English newspaper in Hong Kong, the South China Morning Post. She pens monthly columns for other publications. Jeannie is responsible for the master wine list of nearly 50 food and beverage outlets for Galaxy Macau, and also consults for Singapore Airlines.

Jeannie holds a Certificat de Cuisine from Cordon Bleu and her love for food and wine inspired her to found AsianPalate.com, a site that celebrates the confluence of Asian food and wine. Jeannie is a Master Sake Sommelier from Japan’s Sake Service Institute and is a Certified Wine Educator from UK’s Wine & Spirits Education Trust as well as the US Society of Wine Educators.

Jeannie’s interest in wine began at Oxford University where she spent her junior year before returning to Smith College where she graduated with a dual degree in Government and Sociology. Jeannie then went on to obtain a master’s degree in public policy and international relations from Harvard University.