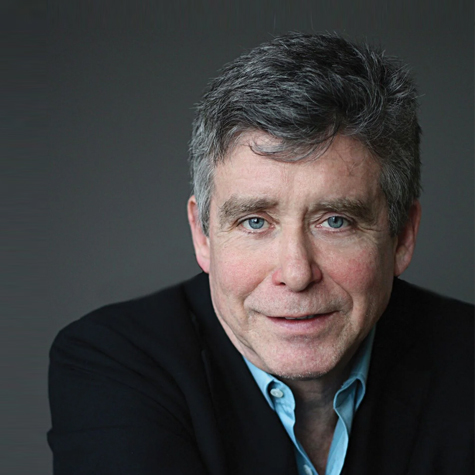 Jay McInerney is the critically acclaimed author of eleven books – eight of which are works of fiction. Time Magazine cited his first bestselling novel, Bright Lights, Big City (1984), as one of nine generation-defining novels of the twentieth century. Translated into more than 20 languages it has irrefutably achieved the status of a contemporary classic. “Each generation needs its Manhattan novel, and many ache to write it” noted the New York Times Book Review, “but it was McInerney who succeeded”.

His other novels are Ransom (1985), Story of My Life (1988), Brightness Falls (1992), The Last of the Savages (1996), Model Behavior (1999) and The Good Life (2006). Described as “McInerney’s most fully imagined novel as it is his most ambitious and elegiac” by The New York Review of Books, McInerney’s most recent novel The Good Life also received the Grand Prix Literaire at the Deauville Film Festival in 2007.  How It Ended (2009), a collection of short stories spanning his entire career, was named one of the 10 best books of the year by The New York Times.

Jay currently writes a monthly wine column for Town & Country Magazine and prior to this, from 2010 to May 2014, wrote one for the Wall Street Journal. From 1996 to 2007 he wrote a monthly wine column for Condé Nast’s House and Garden.   Many of those columns were collected in Bacchus and Me (2000) and A Hedonist in the Cellar (2006). In 2006 McInerney won the James Beard MFK Fisher Award for Distinguished Writing for his food and wine work. His new wine book, The Juice: Vinous Veritas was published in May 2012 to great critical acclaim.

Again, successfully straddling genres, McInerney wrote the screenplay for the critically acclaimed film Gia for which Angelina Jolie won a Golden Globe and which launched her acting career. He also wrote the1988 United Artists film version of his novel, Bright Lights, Big City, which starred Michael J. Fox. A quintessential New York voice and persona (and in the spirit George Plimpton), McInerney has performed in two cameos on the television show, Gossip Girl (2010 and 2011), one on CSI New York (2012) and most recently narrated a documentary on the letters of F. Scott Fitzgerald for the BBC (2013).

Favorably comparing his work to that of F. Scott Fitzgerald and J.D. Salinger, The New York Times describes it as the “voice of a generation.” In 1989 McInerney was named a Literary Lion by the New York Public Library.

McInerney is the father of two children, Barrett and Maisie, is married to Anne Randolph Hearst and divides his time between Bridgehampton, New York, Nashville and New York City.