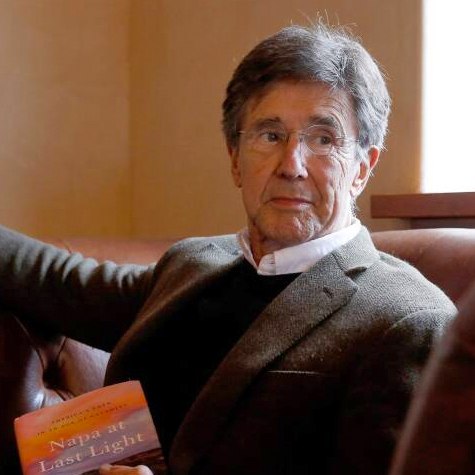 James (Jim) Conaway is the author of 12 books, including the upcoming novel, Nose. He grew up in Memphis but lived in Europe for several years before moving to Washington, D.C. A former Wallace Stegner fellow at Stanford University, he’s the author of three novels and nine books of non-fiction, the most recent being Vanishing America: In Pursuit of Our Elusive Landscapes, described by writer Tracy Kidder as “an enthralling, lovely tribute to a lot of what is precious in America.”
His previous book, The Far Side of Eden, was a Washington Post Best Book of the Year in 2002 and a sequel to his best-selling Napa: The Story of an American Eden, described in the New York Times Book Review as “an important story, emblematic of our time.”

His other books include the memoir, Memphis Afternoons, and The Kingdom in the Country, a personal journey in a van through the public lands of the American West and described by Stegner as “a very lively book… He got into places and activities that most westerners never even get close to.” Author Jim Harrison called it “a wonderful, well-considered evocation of the New West.”

Jim’s first novel, The Big Easy, was based on his experiences as a police reporter in New Orleans; his second novel, World’s End, is a Louisiana coastal saga of politics and crime described as a combination of All the King’s Men and The Godfather.
Jim has written for many magazines, including The New York Times Magazine, Atlantic, Harper’s, The New Republic, Gourmet, Smithsonian, and National Geographic Traveler. He divides his time between piedmont Virginia and Washington.