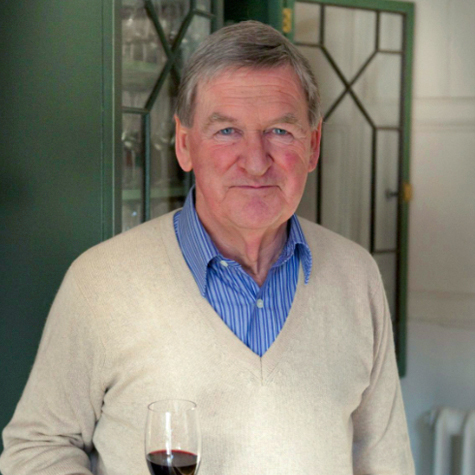 Hugh Johnson began his life-long passion for wine in all its variety as a member of the Wine & Food Society at Cambridge University, where he gained an Honours Degree in English Literature. When he left King’s College in 1961, he became a feature writer for Vogue and House & Garden, writing, among other articles, travel and wine columns for both magazines and their sister-papers in New York.

After a year as Travel Editor of The Sunday Times, he became editor of Queen Magazine, in two years doubling the circulation of the fashionable glossy. It was 1969 when James Mitchell of the newly-founded publishing house Michel Beazley invited him to write The World Atlas of Wine. The research involved took Johnson all over the world; the result was a best-seller that might justly claim to have put wine on the map. Since publication in 1971 it has sold over three million copies in 13 languages.

In 1971, Hugh and his family moved from Islington, London to an Elizabethan house in 12 acres of Essex countryside, where he and his wife Judy started a small printing and publishing company, Saling Hall Press. By 1973, he had become deeply involved in the study of trees and his book on this new generation, The International Book of Trees, was published in six languages, with sales amounting to 750,000 copies. A second edition, completely revised, came out in 2010 as The World of Trees (University of California Press). In 1975, Hugh published and co-authored with his friend Bob Thompson, The California Wine Book, the first critical modern text on this subject. His horticultural classic, The Principles of Gardening, soon followed in 1979. Since 1977 Hugh’s annual Pocket Wine Book has been acknowledged the world’s most successful succinct wine guide. In 1989 his Vintage, The Story of Wine was published, following his 13 part TV series, aired in the USA by PBS. His memoirs, Wine, A life Uncorked, were published in 2005. Since 1975 he has published a regular horticultural diary under the title Trad’s Diary, now online and twice anthologized.

Johnson has been honoured many times, including being named a Chevalier de L’Ordre National du Mérite by the French President. In 2007 he was appointed an OBE by Queen Elizabeth II for ‘services to winemaking and horticulture’. Both his wine and gardening interests have led Hugh to lecture and appear on television and radio many times in Britain, France, the USA, Germany, Scandinavia, Australia, and other countries. His wife Judy is a graphic designer, responsible for administering Saling Hall Press, and assists Johnson in all his activities. They have a son, two daughters and six grandchildren. They moved from the country to Kensington, London, in 2013.