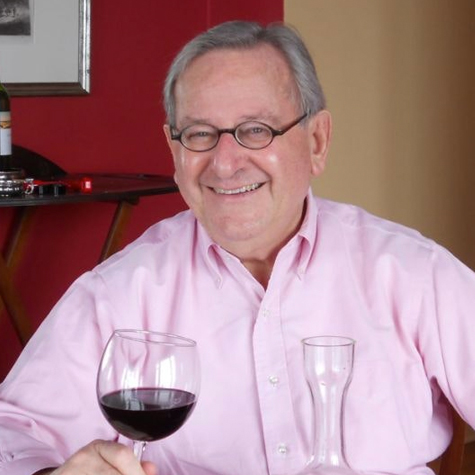 Gerald Asher
Contributor to Decanter and The World of Fine Wine. WWS Speaker 2011

Long-time writer of the “Wine Journal” for Gourmet magazine, Gerald Asher is a contributor to Decanter and The World of Fine Wine, author of several wine books, member of the California Vintners’ Hall of Fame, and formerly a wine merchant in the U.K. and U.S. for more than 30 years. Born in London in 1932, Asher took a job with Blumenthal & Co, importers, in 1952. Sponsored by the company, he attended the lectures and tastings organized by The Vintners’ Company (founded as a medieval trade guild in the Middle Ages). Scholarships took him for work-study periods in Jerez (Spain) in 1953, Burgundy (France) in 1954, and the Rheingau (Germany) in 1955. 1955-1970 Founder and Managing Director of Asher, Storey & Co, London. Specialists in lesser-known French wines. Wholesale and mail-order retail. 1971-1974 Vice-president, Austin, Nichols & Co, New York. National Wine Sales Manager. 1974-1976 President, Monterey Wine Company, San Francisco – Marketing and Sales joint venture between the McKesson Corp. and the McFarlane family to market the wines produced by The Monterey Vineyard. 1976-1978, Vice President of “21” Brands, an operating company of the McKesson Corp. 1978 – 1987 President, The Mosswood Wine Company, an operating company of the McKesson Corp, importing and distributing wine nationally. Asher took early retirement from McKesson in 1987 when the company (a Fortune 500 corporation) decided to sell off its wine and spirits interests and concentrate on its drug and medical distribution business – one of the largest in the U.S. From the time of his arrival in New York, and parallel to his work in the wine trade, he wrote a monthly column for Wines and Spirits in London for about three years. In 1972 he was invited by Jane Montant of Gourmet magazine to contribute occasional essays. By the 1980s they had become established as the bi-monthly “Wine Journal,” which became monthly after his retirement from McKesson in 1987.

In 1994 Asher was asked to write a regular column for the San Francisco Chronicle, which continued for two years. He wrote, and still writes, occasional essays for Decanter and The World of Fine Wine, both published in London, and have made occasional contributions to Portland magazine, the quarterly of the University of Portland. During all this time he continued to write monthly essays for Gourmet. Many of them have been republished in collections under the titles, On Wine, Random House 1986; Vineyard Tales, Chronicle Books, 1996; The Pleasures of Wine, Chronicle Books, 2002. Many of the essays had been published in translation in the Japanese edition of Playboy, and in 1996 a selection of them was published in translation by Shueisha in Tokyo. A further collection of essays is scheduled for publication by the University of California Press in 2011. Wine Journal, published by Harper Collins in 1996, as a cellar book, has a text written especially for the purpose. From February 2002 he discontinued to contribute essays to Gourmet, but from then until the magazine closed in November 2009, he continued the connection with it by selecting wines for the monthly menus and writing a few hundred words about them.

He has received many awards both for his writing and for his work in the international wine trade, a few of which include the Wine Writer of the Year award from Wines & Vines in 1984, a 1990 achievement award for Literature from the American Institute of Wine and Food, the San Francisco Wine Appreciation Guild’s Literary Award of 2000, and honors from the James Beard Foundation, the 2005 Journalism Award from the European Wine Council, and, in 1974, the star and ribbon of the Mérite Agricole from the French Government in recognition of his services to French agriculture. Asher was inducted into the California Vintners’ Hall of Fame at the Culinary Institute of America in Napa Valley in 2009.