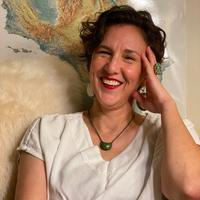 Elaine Chukan Brown serves as the Executive Editor US for JancisRobinson.com. Brown is responsible for reporting on the California wine scene and expanding the site’s coverage of U.S. wineries and sustainability topics, as well as climate action and social responsibility in the context of wine. In 2022 the James Beard Foundation named Brown a Nominee in Journalism. Brown was also named one of the 50-most influential women in the world of wine by WINESA in China, and a Legend in Wine Education by The Hue Society in 2021. In 2020, IWSC in the UK and VinItaly named Brown Wine Communicator of the Year in the world, and Wine Business Monthly named them a Leader in the North American Wine Industry. The Wine Industry Network named Brown one of the Most Inspiring People in Wine in 2019.

Brown is also a celebrated speaker and educator having presented in countries on every continent except Antarctica. Their work has been featured in print books and magazines, online sites, podcasts, feature-length films, television shows, documentaries, radio shows, apps, and webinars in countries around the world. Brown has also written for The World Atlas of Wine, The Oxford Companion to Wine, the compilation On California from the Academie du Vin Library, as well as The World of Fine Wine, Club Oenologique, Decanter, Wine & Spirits magazine, and their own Hawk Wakawaka Wine Reviews.