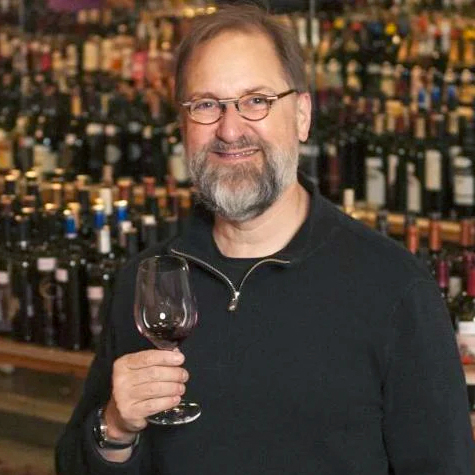 Doug Frost is a Kansas City author who writes and lectures about wine, beer and spirits. In 1991 he passed the rigorous Master Sommelier examination and two years later became America’s eighth Master of Wine.  He was the second person in history to complete both exams and almost two decades later he is still one of only four people in the world to have achieved both these remarkable distinctions.

The Wine Spectator has also bestowed the accolade of Master of Spirits on Frost, and he is one of the founders of BAR (Beverage Alcohol Resource), considered by most industry professionals to be the preeminent education and examining body for the spirits and cocktail industry. He continues to teach and examine for BAR and within the Master Sommelier and Master of Wine programs; currently he serves as President of the Institute of Masters of Wine North America. Frost’s love of wine began in the late 1970’s as a waiter and wine steward, although he dates his first interest to a glass of Louis Martini 1968 Special Select Pinot Noir when he was fifteen years old.

Frost was a fine wine wholesaler in the Kansas City area for fourteen years and, in that capacity, represented most of the best wineries and estates from America and the world.  Frost’s experience behind the stick dates back to a run as a bartender even before his time as a waiter, though his first restaurant job was as a dishwasher. His first book, Uncorking Wine, was released in the summer of 1996, and is still a staple for many restaurant and retail companies and their staff and management. Frost’s next book, On Wine, published by Rizzoli International, was released in the fall of 2001.

Frost’s most recent book, Far From Ordinary: The Spanish Wine Guide, was released in October 2005; the third edition was due out in late 2011. Frost is a contributor to the Oxford Companion of Wine, Opus Vino, The World Atlas of Wine by Hugh Johnson and The Wine Report, an annual report edited by Tom Stevenson. He writes about wine and spirits for many publications including the San Francisco Chronicle, the Underground Wine Journal, Drinks International, Practical Winery & Vineyard, Wines & Vines, Wines & Spirits, Cheers Magazine, Sante Magazine, and Epicurious.com and is the beverage columnist for the James Beard award-winning food section of the Kansas City Star, as well as Hemispheres Magazine, Missouri Life and Fine Cooking.

Frost is the host of Check Please!, an Emmy Award nominated weekly public TV show filmed in Kansas City. He also appears as a featured judge on Public Television’s The Winemakers, PBS’s first nationally broadcast reality show. Mr. Frost is also the wine and spirits consultant for both United Airlines worldwide, helping to select tens of thousands of cases of wines and spirits each year for service aboard the world’s most important worldwide carrier. He is the founder and director of the Jefferson Cup Invitational Wine Competition, a eleven-year-old national competition, is Head Judge and founder of the Mid-American Wine Competition, in its fourth year and has recently begun the Washington Cup, a competition for American craft spirits. He has served for many years on the board of the Court of Master Sommeliers Americas. He also serves on the board of the Institute of Masters of Wine North America, and is the current Vice Chairman.

As a founding partner of a spirits and cocktail educational organization, BAR (Beverage Alcohol Resource), Frost has created a fantastic resource with his partners: Dale DeGroff, Steve Olson, Paul Pacult, Andy Seymour and David Wondrich. BAR opened for business in June 2006; Cheers Magazine selected BAR and its founders as Innovators of the Year for 2007. Frost was awarded Beverage Innovator of the Year 2009 by Cheers Magazine. He consults with many retailers, restaurateurs, wineries and distillers in the realms of marketing, merchandising, sales, education and sensory perception. Frost lives with his wife and two children in Kansas City, where he spends his spare time listening to his massive punk rock, vintage jazz and weird music collection.