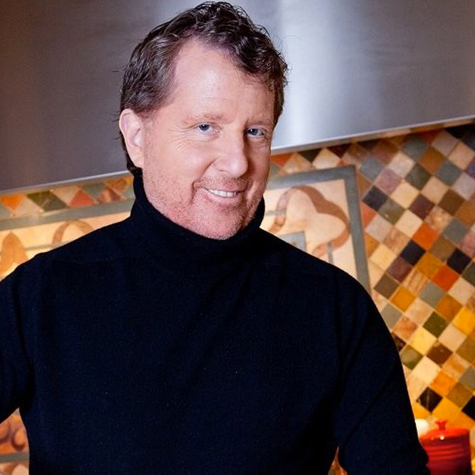 Journalist, television personality, and cookbook author, David Rosengarten has covered great food products, restaurants, wines, gastronomic travel destinations, and related subjects for over 25 years. Currently the wine editor of Saveur magazine, he has written hundreds of articles and contributed hundreds of original recipes to other publications such as Gourmet (where he was restaurant critic from 1996 to 2000), The New York Times, Food & Wine, Bon Appetit, Harper’s Bazaar, Departures, Wine Spectator and Newsday.

David is perhaps best known for his work as the host of Taste, the award-winning Food Network television show devoted to the principles of good taste in food and wine. David performed in 2500 shows on the Food Network, and has been featured on a variety of other networks (most notably NBC, where he has regularly appeared on the Today show). David appeared as a judge on the new season of Iron Chef America in May 2012.

He is also the author of multiple cookbooks, including the seminal Red Wine with Fish, Taste, It’s ALL American Food, David Rosengarten Entertains, and the best-selling Dean & DeLuca Cookbook.

David is a much sought-after jurist for wine, food, chef, and sommelier competitions, and as a featured speaker at many national and international culinary events. David is now the wine editor at Saveur, a regular columnist for Wine & Spirits magazine and a blogger for Huffington Post. He resides in New York City.