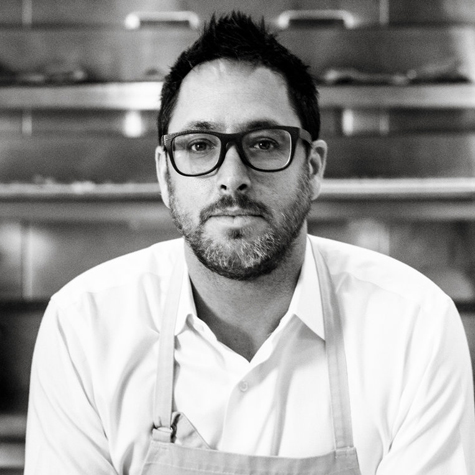 A Michelin-starred chef before the age of 30, Christopher Kostow is the chef at The Restaurant at Meadowood. He takes a thoughtful approach to food, blending contemporary French cuisine with the farm-to-table tradition. The Chicago native earned a bachelor’s degree in philosophy before entering the world of fine dining. Since arriving at Meadowood in February 2008, Christopher has introduced dishes that draw on the bounty of the seasons while taking a disciplined approach to modern French fare. Guided by the pure flavors of the highest-quality ingredients, Christopher also leaves room for inspired spontaneity. Kostow passed much of his youth cooking for friends and brushing off suggestions he pursue a serious career as a chef. It was only after earning a bachelor’s degree in philosophy from Hamilton College in New York that Christopher knew his calling.

Relocating to San Diego in 1999, he set out to enter the rarefied world of fine dining and caught the eye of the area’s foremost chef, Trey Foshee, named one of Food & Wine’s Best New Chefs in 1998. After just a few months at the acclaimed George’s at the Cove, Chef Foshee gave Christopher the opportunity to create his own dishes when he was only 22. Christopher took off on a whirlwind trip through France. He landed in kitchens far and wide, from a Paris bistro to Michelin-starred Le Jardin des Sens in Montpellier to the village of Salon-de-Provence, where he manned the stove at a former monk’s abbey dating to the 14th century.

After returning to the States, Christopher moved to San Francisco where he worked as sous chef under the auspices of Daniel Humm at the award-winning Campton Place Restaurant. From there, he became top toque at Chez TJ in Mountain View for two years, garnering the restaurant many accolades including two Michelin stars and a coveted spot on Food & Wine’s list of Top Ten Dishes of the Year in 2007 and the San Francisco Chronicle named Christopher a 2008 Rising Star Chef. Throughout his career, Christopher has always been inspired by the pleasure guests experience when they taste something new and unexpected.