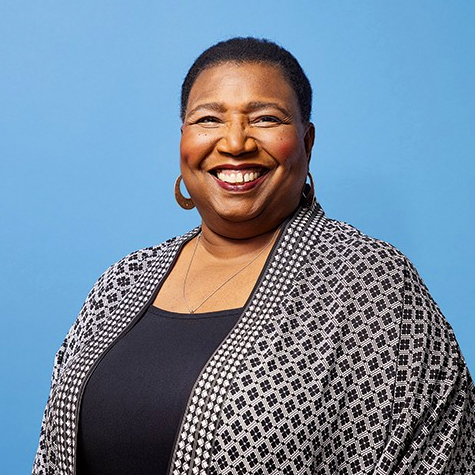 Callie Crossley is Host/Executive Editor of “Under the Radar with Callie Crossley Show” on Boston’s WGBH-FM, 89 7. ‘Intelligent talk’ is the hallmark of the one-hour Sunday night show which examines the small local stories often missed or overlooked by the big media outlets.  The talk show is the third radio program she has helmed at WGBH– the latest chapter in the career of Crossley, who has been an award-winning broadcast journalist, a documentary filmmaker, and a television and radio commentator.

Her weekly radio commentaries air Mondays during WGBH’s Morning Edition. In these reported opinion essays, she tackles wide-ranging subjects—including the race and gender dynamics of the 2016 presidential campaign, the Women’s March, the impact of new internet privacy rules, the 4th anniversary of the Boston Marathon bombing, and the early days of the Trump administration.

Crossley has been quoted in the New York Times, Politico and the Washington Post. She is a frequent commentator on television and radio programs, appearing on NECN’s The Take with Sue O’Connell, The Brian Lehrer Show, CNN’s Reliable Sources, On the Media, the PBS NewsHour, and PRI’s The Takeaway. In addition, she appears weekly on WGBH-TV’s Beat the Press, examining local and national media coverage, and regularly hosts Basic Black on WGBH-TV, which focuses on current events concerning communities of color.

A former producer for ABC News 20/20, Crossley is a public speaker and a Woodrow Wilson Visiting Fellow, guest lecturing at colleges and universities about fake news and media literacy, media and politics, and the intersection of race, gender and media.

She has two Harvard Fellowships–from the Nieman Foundation for Journalism, and from the Institute of Politics at the John F. Kennedy School of Government.

Chatham University awarded her the 2017 Hollander Award for Women in Leadership.

Crossley was a producer for Blackside, Inc.’s “Eyes on the Prize: America’s Civil Rights Years,” which earned her an Oscar® nomination, a National Emmy, and the Alfred I. DuPont-Columbia Award (Gold Baton),which is considered the Pulitzer Prize of broadcast journalism. Her other major film and journalism awards include a Peabody, an Edward R. Murrow award, and a Christopher.

Crossley won the 2016 Best Commentary award from the Public Radio News Directors organization for “Tomorrow Is Not Promised: Life After Hurricane Katrina.”

She was also awarded both the 2016 and 2015 National Association of Black Journalists’ Salute to Excellence Awards for a compilation of commentaries, “Observations on Ferguson: America’s Racial Ground Zero” and “Race Matters: Echoing History.”

In 2014 she took home three awards –the Associated Press, Edward R. Murrow, and Clarion awards for writing, producing and co-hosting the hour radio documentary, “Witness to History: WGBH’s 1963 Coverage of the March on Washington.”

In February 2013, she was named one of four Wellesley graduates to receive the Wellesley Alumnae Achievement Award, the college’s highest honor.

Crossley has been honored with many community awards, including the 2016 GK100 List, identified as one of Boston’s Top 100 Influential People of Color.

In 2012, she was named by the Tennessee Historic Commission as one of twelve distinguished Tennesseans to be featured in the AT&T African-American History Calendar.  The Ford Hall Forum also honored her with its highest recognition, The George Coleman Award, for extraordinary community service.

In 2011, she was one of six women to receive the Girl Scouts of Eastern Massachusetts’ Leading Woman Award and one of 125 women featured in the book Boston, Inspirational Women, photographs by Bill and Kerry Brett, text by Carol Beggy.

She is a graduate of Wellesley College, and holds two honorary degrees, a Doctor of Arts degree from Pine Manor College and an honorary Doctor of Humane Letters degree from Cambridge College.

Currently, she is a member of the Board of the Boston Book Festival. Formerly she was a board member of the Poynter Institute, The Wellesley Centers for Women, the Ford Hall Forum, and Cambridge Reads. She was a member of the 9-member judging Jury for the Alfred I. DuPont-Columbia University Awards and currently is the Co-Chief Judge for the NICHM Foundation Television and Radio Journalism Award.