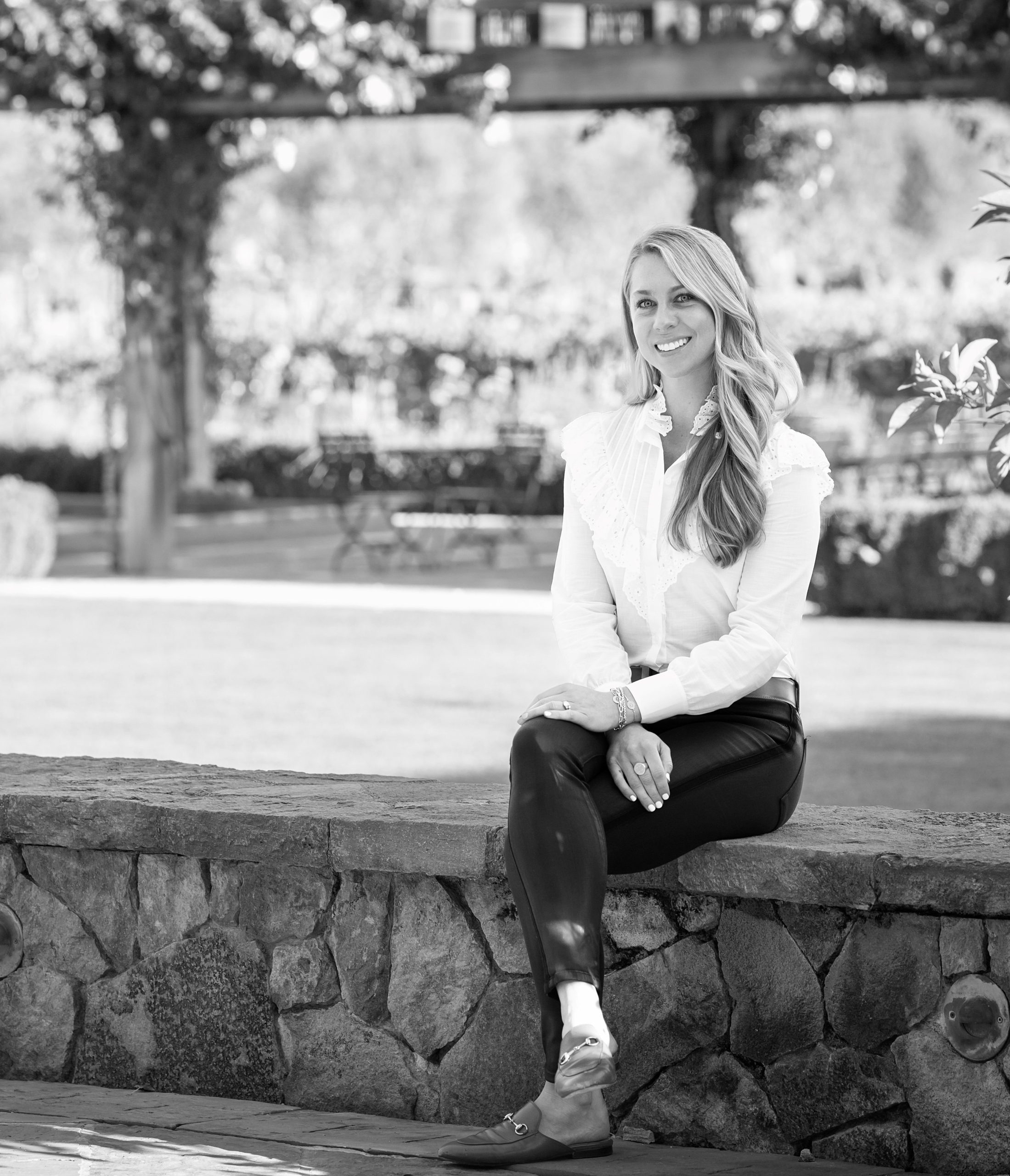 Born and raised in the Napa Valley, Amanda Harlan Maltas was immersed early on in the cultural, social, entrepreneurial, and philanthropic life of the region. Around the dinner table, discussions about winegrowing were nightly events, with her father speaking on the importance of creating, as a family, something that would last for generations. The family’s dedication to the community was another common theme. Auction Napa Valley, the area’s most impactful annual charitable endeavor, has been held since its inception at Meadowood Napa Valley, of which her father is Founding Partner.

At a young age, she discovered her passion for horses and dedicated herself to the discipline, becoming an accomplished equestrian and a member of the U.S. Junior Olympic Dressage team for three years. After earning a degree in Psychology from the University of Southern California, Amanda began her professional life at LVMH, where she broadened her knowledge of international wine. With a focus on the future as well as her family’s 200-year plan, Amanda worked harvest in the BOND cellar in 2014, which became her entrée into the Harlan winegrowing domain. Today, Amanda brings a global perspective and a strong affinity for the community to her role in developing the culture of and supporting communications throughout the family’s businesses—particularly as the renewal of Meadowood Napa Valley begins, and The Napa Valley Reserve enters its third decade.