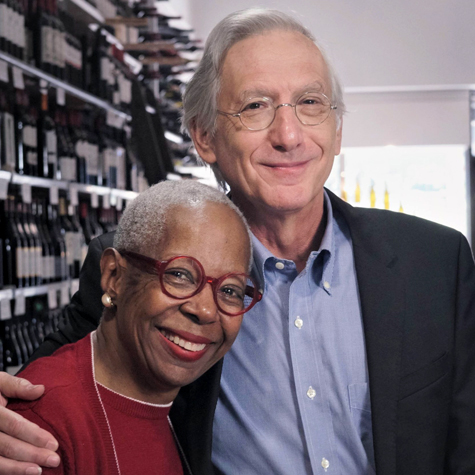 Dorothy J. Gaiter and John Brecher are Senior Editors at Grape Collective. After long careers as hard-news journalists, they conceived and wrote The Wall Street Journal’s wine column, “Tastings,” from 1998 to 2010. Dottie and John met and fell in love on June 4, 1973, the day both started work at The Miami Herald, where John later became the newspaper’s youngest City Editor and Dottie its first black woman editorial writer and columnist. Dottie was also a reporter and editor at The New York Times and John has been a writer at Newsweek and a senior editor at Bloomberg News and the USA Today Network. John was Page One Editor of The Wall Street Journal from 1992 to 2000, during which the paper won seven Pulitzer Prizes for work he oversaw. Dottie was a prize-winning reporter and Senior Editor for Urban Affairs at The Journal.

They began studying wine together soon after they met. The first wine they shared was André Cold Duck. Their “Tastings” column quickly became very popular and they appeared regularly on television and radio, including Martha Stewart, CBS Sunday Morning, the Today Show and NPR. They are the author of four books, including “The Wall Street Journal Guide to Wine” and their autobiography, “Love by the Glass: Tasting Notes from a Marriage.”  They are also the inventors of the annual international celebration of wine and life called “Open That Bottle Night.” They live in New York and have two grown daughters, Media and Zoë.

If you are not familiar with their work, a good place to start would be a fun three-minute video that was shown when John won a Gerald Loeb award. Just go to this link and then click on Q&A with John Brecher, in the middle of the page: http://bloom.bg/1P6oqVi